Self-driving cars, the fast approaching and technologically advanced machine of the future. Some love the idea of being able to do whatever while their car drives itself, while others are worried it will make their commute to slow. This minority aptly labeled the car wreckers, believe that having your car drive independently ruins the experience of driving and that using them would make their travel to work too slow.  Though they should mostly be disregarded, since they are the ones driving too fast and getting into car crashes, hence the name car wreckers. Despite everything, Self-Driving cars are one of the best scientific advances since the microwave, mostly because they allow you to multitask while “driving”, in general, the car is a better driver than you, resulting in fewer car accidents, and you won’t get lost as easily only having to type in your destination and you are taken there.

Texting while driving, right now one of the most dangerous things that you can do while in a car. But if Auto-Driving cars catch on, then it will become a normal activity, an everyday pastime no weirder than eating breakfast. This is not all that it would allow since the car now runs on its own, the steering wheel can be removed. converting your car into a personal, and portable workstation. Have a paper for work that you didn’t finish? no problem, you would be able to pop out your foldable desk and finish it during the commute to your industry.

The single biggest advantage that would come of this is the significant decrease in crashes. Not much really needs to be said to understand how important this is. We, as a nation, have spent trillions on the safety of the common people. And if simply switching to these cars could save 1.3 million people every year, then this is definitely a worthy investment. Think of all the families that could be spared the trauma of losing a family member, or the businesses that wouldn’t have to hire less adequate employees. And just in general saving lives is one of the best things a person can do with their time.

Furthermore, haven’t we all wished at some point in our lives that we didn’t get lost and miss that important meeting? Or that you didn’t have to look up directions to that place you’ve only been to one time? Maybe you weren’t paying attention and you missed that turn, now having to backtrack nearly 10 minutes. These are all common problems that people run into every day while driving. Thankfully with the self-driving car, all of these problems can be easily remedied. Simply give the car the address you would like to travel to, and you are taken there, no hassle, no fuss, and most importantly no getting lost.

While all these are good, valid reasons. There are still some who would like to stick with the cars we have now. Why? because they believe that it will slow down their travel with every car following driving laws perfectly. Not true, if all driving laws are followed traffic would run a lot smoother. No one would be cutting each other off, intersections wouldn’t clog up nearly as much. And everything would run a lot more effectively, road rage would be nearly non-existent.

In conclusion, Self-Driving cars would allow you to multitask, remove the risk of driving, and you would almost never get lost. While these cars aren’t quite street ready. We can expect to all be riding in one by 2021 – 2030. And if it comes any sooner, all the better. And while not anyone can do something, there are many ways to help. So get out there and find a way to contribute, the future is coming fast people, dont let it run you over.

WPA2 WiFi, The name seems harmless, and you’ve probably never heard of it, Well then why is it so important? To understand why it is important we must first understand how it works. Attackers find a WPA2 network, then make a copy of it and impersonate the MAC address, then change the WiFi path. This new, fake network acts as a sub-connection so when a device try’s to connect to the original network, it will be forced to use the fake server instead.

What can a hacker do with your WiFi? well, numerous things, monitor through webcams, find credit card numbers saved to your computer, change your internet plan, and with a little extra work uncover sensitive usernames ans passwords. Don’t be too concerned though, no hackers can get to you unless you have WPA2 connected WiFi. So the best way to combat hackers is just to make sure that you don’t have WPA2 as your plan, and remove it if you do.

Risk, The Writing Prompt That Inspired The Research For This.

Non-Percy Jackson fans are warned, nothing will make sense.

‘Percy Jackson And The Olympians’ and its conjoined series ‘Heroes of Olympus’. Are in my opinion the single best books to ever “grace” the world, And today is an important day. well, important is stretching it, but I will take any reason to celebrate. October 2009 To any dedicated pjo fans this date seems random, right? And sadly to an extent, that’s true, this is the date that Jason Grace the recently elected Prateor of New Rome disappeared from Camp Jupiter. Not terribly important in the grand scheme of things, right?

Not exactly, confused? Well, let me explain. Jason isn’t exactly a favorite character in the series. Often obtaining a less than adequate reputation from the fandom because of his rivalry with Percy. possibly the most exaggerated instance of this is when they were both possessed by edilons, they fought each other and Percy won, note that Jason was subdued by Pipers charm speak. this in and of itself isn’t so bad, what happened afterward though really riled something in H.O.O. readers everywhere.

Shortly after the battle was concluded and the edilons banished, Percy and Jason had a debate on who would win in a real fight to the death. Thankfully Piper broke this up before it could escalate. But what does this mean to the story? well, in short, is dramatically escalated the rivalry between Percy and Jason, and in the fandom Team Jupiter (Jason) and Team Half-Blood (Percy). The latter being the larger of the two groups, and generally, the long-standing and more dedicated of the fans.

Which brings me back to my main point, while transferring Jason to Camp Half-blood set in motion the events of the second series. Riordan could have moved just Percy and had the same if not greater effect. Yet he moved both, it is explained throughout the book as a trade to mend the camps and build a bridge between both them. Though I can’t help but wonder if it served a greater purpose. Jason feeling as though he should lead Camp Half-Blood, with Percy as the Original hero. And as explained earlier this created some essential tension between the characters, along with some much-needed character growth. 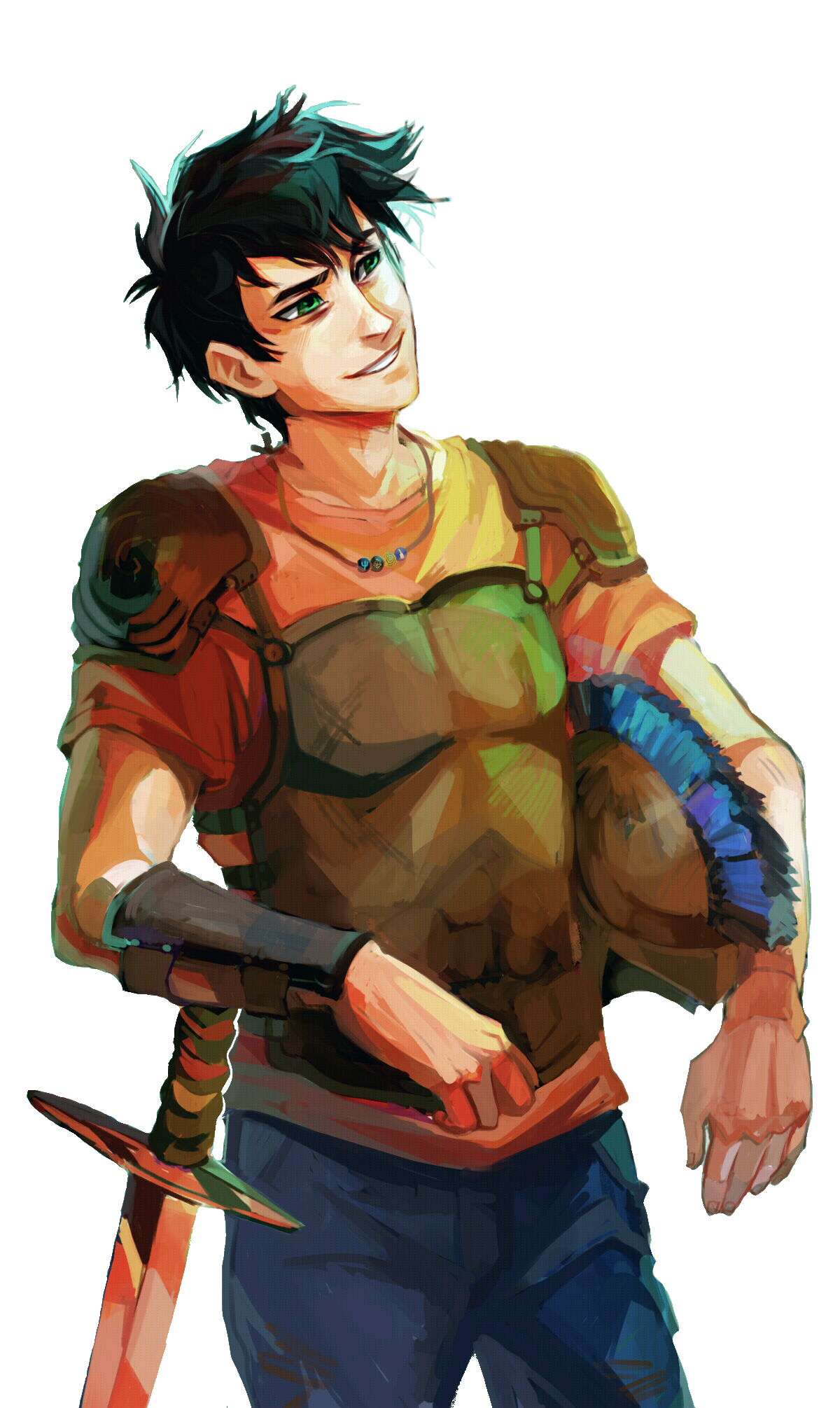 If everyone smiled every day, then lies would appear as truth. A facade would be required for acceptance. Even if in bitter depression, communication or display of sadness would not be accepted. The world would be ruled by the anarchy of “joy.” True happiness would be unobtainable, all because we were told to smile.

Costasiella kuroshimae, more commonly known as the sea sheep and/or leaf sheep. Is an odd yet cute looking creature and a subspecies of sacoglossan sea slug. Most commonly found on the coasts of Japan, Indonesia, and the Philippines. With two sesame seed like eyes, and what appears to be a small blush on its cheeks. Also able to grow up to 5 millimeters (0.2 inches) long, this quirky gastropod mollusc holds on it’s back many green fluffy looking bristles. Though not its main source of food It can photosynthesize through kleptoplasty, not dissimilar to a tree or moss. This photosynthesis is a good attribute to have, sadly the sea sheep is not very good at it, only being able to survive at most 6 months.